Her Aspiration Needs His Cooperation 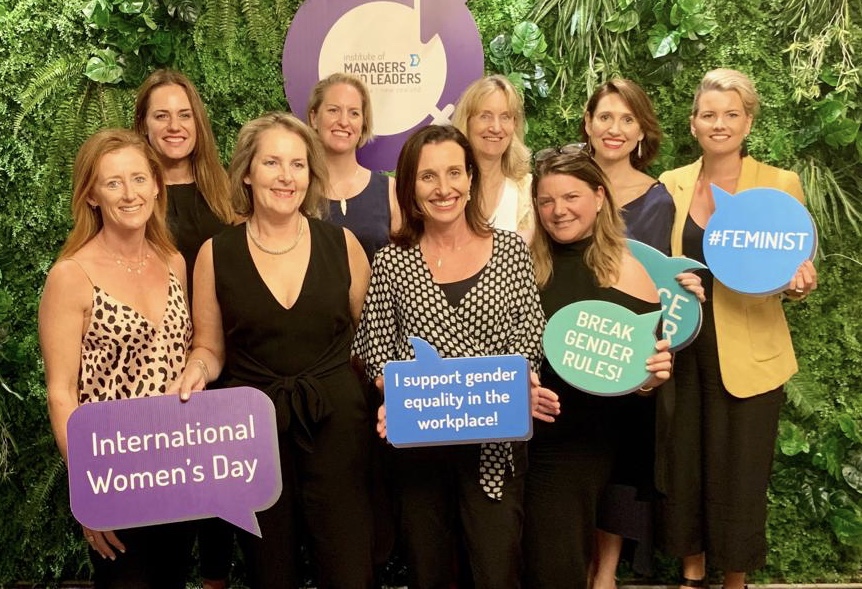 I don’t usually attend functions on International Women’s Day (IWD), opting instead to remain at work with our all-female team, to support, nourish and celebrate our remarkable achievements and all that we stand for at derma aesthetics. In particular, we celebrate our ability to collaborate effectively, our uniquely female logic, our ability to deal with difficult situations and our collective strength.

However, this year after breakfast with the team where we shared how we could contribute to IWD’s 2019 theme #balanceforbetter world, I was delighted to attend the Institute of Managers & Leaders IWD lunch and joined a table of inspirational CEO’s, where the topic ‘Her Aspiration Needs His Co-operation’ was debated by a panel.

Of course we need the full co-operation of men to push for true gender equality, right? To me that is a no-brainer. I’ve often overhead the plaintive cry from some men, “But where is International Men’s Day?” One could argue that the other 364 days of the year serve that purpose.

Encouragingly, however, the debated topic showed me that finally both men and women are beginning to realise that to create a gender-balanced world, men are an integral part of the equation.

Over 500 people attended the event, and most tables had a good smattering of men. Again, another sign that men are more willing to be involved in bringing about real and lasting change.

Overall the debate was exceptionally well argued, and interestingly, was a close contest. Quote of the day was “Co-operation is the thorough conviction that nobody gets there unless everybody gets there.”

I’ve been fortunate enough to have never faced a “glass ceiling” and whilst my team is all female, fairness and equality has always played a hugely important role in our self-development. Gender has never been a part of the equation. However, I am fully aware that I tread an unusual path and that many of my friends and industry colleagues still face workplace prejudice and inequality.

Alarmingly, according to the Australian Bureau of Statistics, the numbers of women on boards in technical industries and other traditionally male-dominated industries has declined from the 1990s. Given this figure, UN for Women now forecasts that equal representation of women on boards will not be realised until the year 2100. A depressing thought indeed.

On the upside, the number of women in middle management is slowly and surely increasing. It is vital that this continue if we are to see balance at a senior/CEO level into the future.

However, to achieve gender equality it’s not just about giving women the opportunity to excel in the workplace, a voice at the board table or to receive equal pay for equal work. Nor is it only about ensuring there is a fair and supportive maternity leave and childcare system in place. All are vital of course, but the real ‘elephant in the room’ is the lack of public discussion along with the absence of political will (and funding) to support programmes that will eradicate violence against women.

The White Ribbon Institute has reported that 69 women were murdered last year in Australia due to domestic violence. That is, over one woman per week dies at the hand of her partner. Further, one in four children have witnessed emotional abuse by a current or former partner of their mother since the age of 15 (ABS 2017). Sobering numbers indeed and not enough is being done. This is the true challenge for our society. It’s my view that until violence towards women is all but eradicated it is impossible to achieve true equality.

IWD affords a unique and important opportunity to celebrate women and their enormous contribution to all levels of our society. It also allows us stop and acknowledge the many steps that have already been taken to effect positive change. However, it is also a day to reflect upon what we can do, be we male or female to continue to work towards creating a truly inclusive society.

At derma aesthetics, we realise there is still much work to be done. It is my hope that by talking about it, living it and encouraging it, we at derma aesthetics will continue to do small things that make a difference.