What does International Women’s Day (IWD) mean to you?

Someone asked me this question a couple of months ago and I’ve been thinking about it ever since. I feel it is a “day” that has come to represent different things to different people (both women and men) as each year passes, and whilst some issues surrounding the rights of women have seen positive change, others continue to seem intractable, complex and at worst, unchangeable.

IWD was established nearly 115 years ago and is recognised as a way to celebrate the social, economic, cultural and political achievements of women but also offers a clarion call to action to continue to push for gender equality.  In its infancy, it was mainly an opportunity to fight hard and protest vigorously against inequality.  I feel that this is diminishing somewhat which means we can become more specific in our focus. Indeed, now, each year IWD launches a new campaign that is designed to act as a main point of focus.  This year’s theme is “Choose to Challenge”.  Recent events in Australia and the naming of Grace Tame as Australian of the Year make it a timely theme.

As IWD currently stands, I liken it a bit to the start of Mardi Gras in Australia in 1978. Back then, homosexuality was illegal and many men (and women) were prosecuted for such. Gay bashings and sadly, deaths were commonplace. It was a truly horrid time. Mardi Gras faced this head on and took gay rights to the mainstream by actively seeking to gain understanding and acceptance through vigorous protest.  The Oxford St parade was not the celebration of love it is today. 40 years on and today Mardi Gras is truly a celebration of diversity.

IWD is slowly getting to the point of being less a day of protest but rather a day of celebration and achievement. There is much more to be done though. Australia still has 4 women dying from domestic violence every 8 days, are likely to be paid 30% less than their counterparts and only 7% of organisations have a diversity strategy and documented targets. And whilst in the last 20 years, the number of companies owned by women has increased by 100%, almost 90% of those businesses generate no more than $100,000 per annum. There is still much to be done. 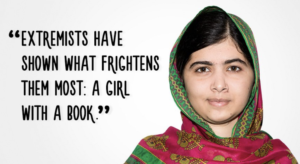 At face level, our industry tends to turn many of the above statistics on their heads. Our industry comprises of businesses made up of 98% women. But in general only 34% of businesses in Australia are established by female founders. This proportion is rising but only very slowly – in fact, it’s only risen by 3% in the last 20 years. Are you beginning to see a pattern here?

I feel proud and grateful to be part of an industry that has such an incredible array of passionate, smart woman. Being in the beauty industry has allowed me to be who I am. There is certainly power in having diversity of thought and I can’t overlook the deep fulfilment I’ve gained in mentoring female talent and seeing them emerge as great leaders. To experience women supporting women is a remarkable aspect of the beauty industry that I am so proud to be representing.

If women collaborate rather than divide or decimate, it’s my belief that there’s very little we can’t accomplish. This has been reflected in the community that we’ve created at dermaviduals where we have a genuine passion to encourage and promote diversity of thought, so that both men and women can equally contribute and drive business success. 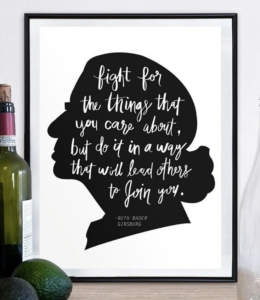 I currently sit on two boards and am Chair of one, as well as heading a company that has grown exponentially year upon year. I was shocked to read however, that in 2021, The ASX200 only has 10 female CEO’s. So, as in past years, today, I’ll be reflecting on what we can do, be we male or female, to work toward in a truly inclusive society, and that we can do small things to challenge the world that make a difference and celebrate the potential of women.

From challenge comes change, so let’s all choose to challenge

Raise your hand high to show you’re in and that you commit to choose to challenge and call out inequality.